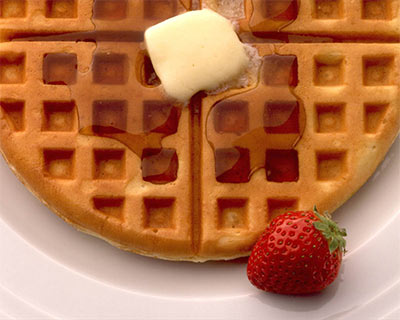 Variable-Speed Pump power: In a hamlet in northern New York, three miles from the Vermont border, Rascher’s Sugar House resides as a beacon to maple syrup lovers around the region. Owner Steve Rascher is sweet on quality and the syrup he produces is a testament to his efforts. Rascher is an international award-winner in contests judging density, clarity, color, foreign materials, and, especially, taste of the smooth amber liquid.

Rascher’s Sugar House produces four grades of syrup including light (for candy, creams, and very discriminating palates), medium (typical table syrup), dark (currently trendy, with a stronger flavor), and extra dark (for cooking). The sap for these syrups is drawn from more than 5,000 trees on the Rascher farm and sold internationally and domestically via mail order and Farmers Markets. In business since 1945, Rascher constantly monitors the variables of weather, time, temperature, and evaporation residency to enhance the quality of the syrup he produces, as well as the efficiency of his process.

Yet even Rascher was surprised to learn he could improve his process exponentially. In preparation for the 2010 season, running from late February into early April, Rascher ordered a Masterflex® B/T® Variable-Speed Pump from Cole-Parmer. The washdown pump is designed to handle the toughest process applications and achieves high flow rates of up to 9.8 gallons per minute. Rascher bought the pump to supplement the veteran double-bellows device he uses for about half of his grove.

Once he installed the pump in a building he constructed, Rascher immediately noticed efficiencies. “The Masterflex B/T pump has marvelously improved my operation,” he said. “It has reduced my labor more than half and eliminated trucking from remote collection tanks. It pumps the sap from about 3,000 trees into a stainless steel tank. Not only does it draw out the sap, it also captures the various gases released by the trees.”

Rascher installed seven miles of food-grade plastic tubing running from his trees across the road into the building housing the pumping system. The pump pulls the sap through the tubing, through filters, and into the holding tank. With this setup, he no longer has to haul sap from remote tanks, load it into his truck, and unload it at the Sugar House. Plus, the sap never touches the air, retaining its purity. It goes directly from the tree to the tank, is concentrated through evaporation, and then heated to make syrup.

“The design of the pump works wonderfully,” he said. “The motor sits over the tank and the pump faces north. It has an inlet at the bottom and an outlet at the top, with a relief valve on the side to release the liquid into the tank.”

When the temperature hits the freezing point, as it often does during winter in New England, Rascher previously had to drain his tubing lines manually to unclog them. With his new pumping system, he can open the occlusion gate and nearby valve and watch as the sap drains from the pump and lines into the tank. Because the pump is reversible, he can also draw distilled water produced by the evaporator out of the holding tank and, by manipulating the valves, pump this water back into the tubing system to flush it.

“The reversibility of the pump saves me lots of time. It is a marvelous feature,” said Rascher. “To clean the lines, I can operate the pump in reverse at any chosen variable speed to suit conditions. While it is cleaning, I can go from tree to tree and remove the taps.”

Rascher is excited about the potential of his upgraded system and how it will enhance his sap production as the next season approaches. “The manual for the Masterflex B/T pump says it operates at 10 gallons a minute, but I witnessed a much greater output than that,” he stated.

With his grove of 5,000 to 6,000 trees, Rascher produces 4,000 to 6,000 gallons of sap on a good day. Despite the uncontrollable forces of photosynthesis, sunshine, freezes, tree genetics, and barometric pressure combining to affect the quality and quantity of his yield, Rascher found that upgrading his equipment was a choice he could make. He is glad he did. In addition to enhancing his process and saving time, he is pleased that even the quality of his already-stellar product was elevated. Because the sap is never exposed to air, it remains pure.

“In 2010, for the first time, Rascher Sugar House has been recognized as Federally Certified Organic,” said Rascher. “At this point, we are the only private enterprise maple syrup producer in the state of New York to be able to make that claim.”

It seems this is just another accolade to add to the growing list for Rascher’s Sugar House.

Don't miss any news and our special, limited-time offers.

Get On Track To Safe Vaccine Temperature Storage

How to Select Masterflex Pump Tubing

Get the FAQs about Masterflex Peristaltic Pumps

Don't miss any news and our special, limited-time offers.